Why sea is called ocean

Why sea is called ocean


Hello friends
Today in this post will talk about a very bizarre and unique information,
Friends, as you know the sea is called a sea but do you know why the ocean sends the sea

so the sons of Maharaja Sagar understood Kapil Muni as a thief and attacked him,
Angry by this, Kapil Muni had burnt all of them with his Tapo force,

When a long time passed and the king's son did not come to Lot, an angel told Maharaja Sagar about this incident, but King Sagar did not even mourn his death even after the destruction of all his sons. Sadhu Santo is the reason for satisfaction,
After this, Maharaj Sagar sent his grandson Anshuman to search for a horse, while searching for Anshuman horse, reached Kapil Muni, when he saw the ashes of all his Tau Uncles, he became very sad, then he bowed down to Kapil Muni. Doing that you should define the mistake that my father and his brothers have with you,
After listening to Anshuman's prayer, Kapil Muni told him, 'Your burnt, uncle, Tauo will be saved only from Ganga Jal, there is no other way besides this, only sixty thousand prince prince will get Paradise,


At the same time, Kapil Muni gave a boon to Anshuman that with generosity and prayer, the blessing of Raja Ikshvaku would be renewable and his kirti would never be erased, and after that Kapil Muni returned the horse to him,
At the same time, Kapil Muni made Samundar the son of Maharaja Sagar, and then the Samudar convinced Kapil Muni, and praised Maharaj Sagar,
Because of being the son of the son, his name became ocean, at that time the king accepted the sea as his son, because the king does not have any right in the yagya,


Raja Sagar had received that horse from Ashwamedh Yagh in the ocean and by that also had done the ritual of 100 Ashwamedh Yag, after completing his Yatra, Maharaja Sagar ruled Ayodhya for 30000 years,
But the goddess did not succeed in bringing the Ganga to the Earth, after the death of Maharaja Sagar, Anshuman became the king of Ayodhya, but he switched his kingdom to his son Dilip and went to the Himalayas, Whereas Raju Anusuman attained death as he used to do penance,

After this, the son of King Anshuman, Dilip, had done terrible penance for several years to linger on the earth, but he also did not get success and he died when the time came,
Friends, this is the reason that the sea is called the ocean, in some stories it has been said that the sea was adopted by Maharaja Sagar, hence the name of the sea fell,
So friends, tell us how you know this information, by telling us,
At the same time, you are requested that if you like this information then follow the blog,
Thanks, 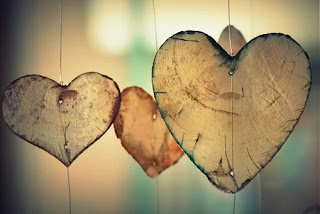