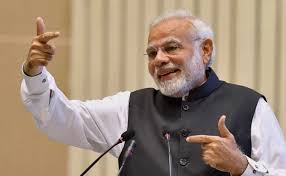 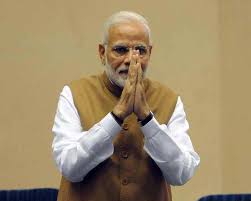 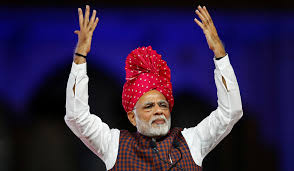 Starting From just 5 thousand business earn millions of rupees, the 8 best businesses to be done in summer,

Hello friends .....
In this post we will tell you that in the summer you can do business from cone cones and earn money easily,
In India, the summer season lasts for more than 6 months, along with the demands of these businesses are also persistent,
So let's start 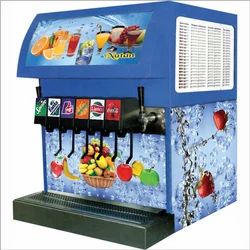 In this business, you have to sell and sell soft drinks,
For this, to make soft drinks or soda zones,
Can be started at the cost of 2 lakhs,
Earnings can earn from 20 to 30 thousand,

This business starts from just 20 thousand,
Can earn up to 30 thousand per month
By the way, this business now runs in every season but it runs more in the summer season, 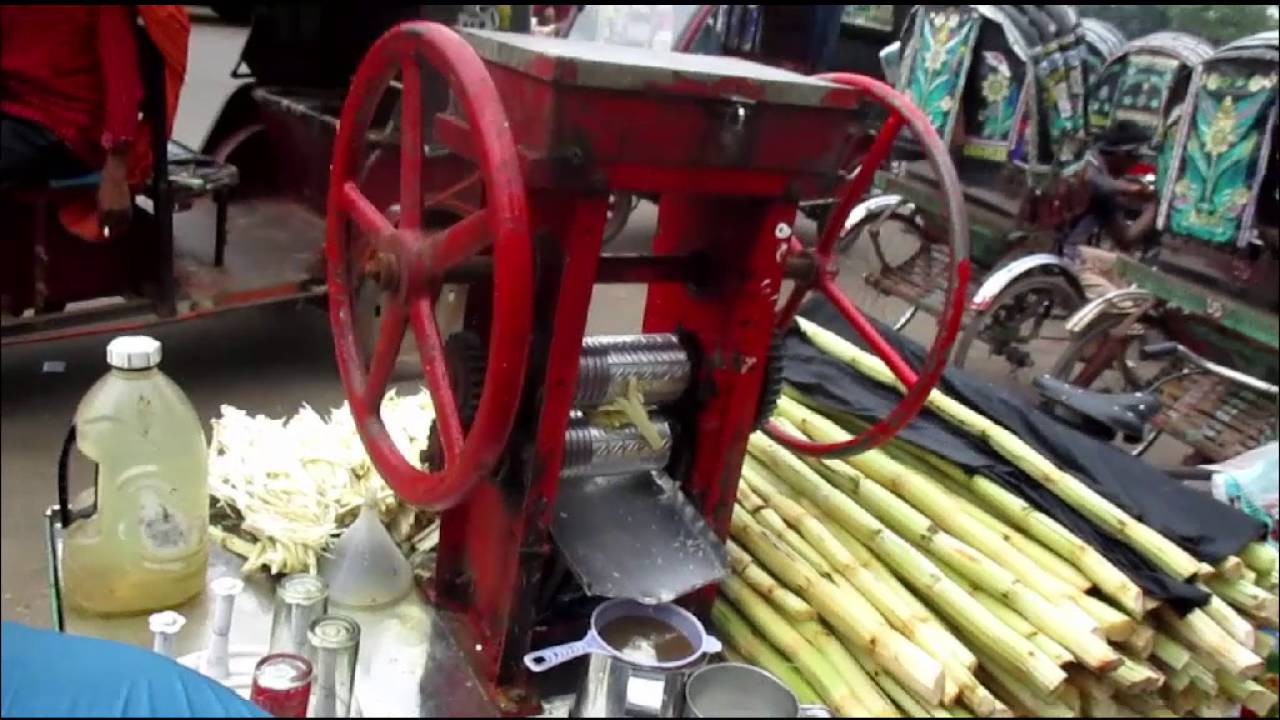 There is a lot of demand for this business in the summer season,
This business can be started from 25 thousand,
To do this business requires a set of machine to get rid of sugar cane juice,
In it you can earn up to 40000 of the month 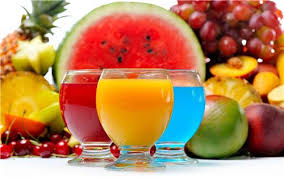 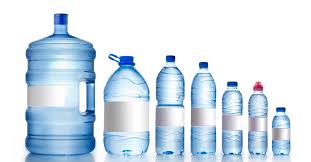 In the summer this business has a good demand,
It can only be started from 10 thousand,
With this you can earn 30 thousand of the month,

Friends, you have seen this business very much today
This is the easiest and earning business to run in summer,
You can earn up to 1 lakh per month for this business
You can start this from 50 to 70 thousand, 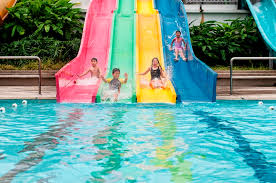 Friends, along with the big cities, this business has started to work well in small towns too,
You can start this business with a small one time investment or say 2 lakhs,
It can earn 30 to 50 thousand per month,
This is a highly profitable business,

You must have knowledge of repairing for this work or business
Only 25000 can be started
In this you can earn up to 1.5 lakhs a month,

Two friends were the 8 work to be done in the summer, we will tell you the next 8 jobs. In this next post you must tell us this post,

on May 29, 2019 No comments:
Email ThisBlogThis!Share to TwitterShare to FacebookShare to Pinterest

Hello friends ....
Today, we will tell you in this post about the courage and bravery of the Rajput Rajput, who was sent to jail in the Tihar Jail, the highest-tech and safeest country in the country, in the crime of the hanging of Phoolan Devi, a lawmaker,
But like other prisoners, choking and jumping into a prison was not the real motive of Rajput, and by fulfilling its purpose, it does not stop the 40 feet of the prison too high and does not even have the upper body, and it also gets trapped by them. Such a dangerous place and non-original where the real motive of his life was waiting for him,

But playing with dangers and fulfilling his purpose, he returns to his country, Hindustan and then goes to the will of himself, in the same Tihar Jail, yes, this story is from a film story of Hindusthani Sher, Sher Singh Rana. Not working,
So friends will tell us today, every aspect related to Sher Singh Rana ........
Sher Singh Rana was born on 17th May 1976 at Roorkee in Uttar Pradesh, which falls in Uttarakhand today, when Sher Singh Rana was only four years old, then the danka was played in the Chambal, the infamous, the Khukar and the dangerous Dakat Phoolan Devi,
In the 1980s, Phoolan Devi was the second name of panic in Chambal and nearby areas, it was so terrible that even today people of Chambal get upset by the name of Phoolan Devi, Phoolan Devi was also called Banded Queen,
He shot 22 Rajputs together in the village of Behmei, after which he surrendered and after surrendering eleven years of punishment, came out of politics and came to power and became a parliamentarian, now roaming in the forest of Chambal, Ashoka Road started in a magnificent bungalow, 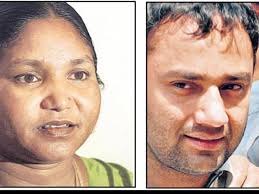 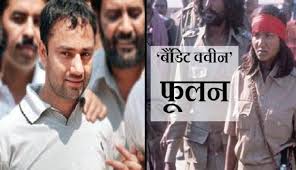 On July 25, 2001, Sher Singh came to meet Rana Phoolan and then shot him to Faulan at the gate of his house, after the murder of Phoolan, Sher Singh Rana had said that he was killed in the murder of his brother Rapoot  Bhaiyu. have taken ,
Two days after the murder of Phoolan Devi, Sher Singh Rana surrendered to the police in Dehradun and accepted his crime and till the hair running, the court sent Sher Singh Rana to Tihar Jail, after being two and a half years in Tihar jail, Rana Had said that the tihar of Tihar would no longer be able to stop him for more days, and he did what he said, about three years later, Lion Sher Rana of seventeen February 2004 escaped from Tihar Jail. Due to the absence of high tech and safe jail in Tihar, it is not a matter of anyone's absence. Being absent from here was also a big thing in itself, therefore, Rana came to the headlines three years later,

On that day, three unknown people had reached Tihar Jail in the uniform of the Uttarakhand police. They told the officer in Tihar Jail that he had come to Harishwar's court in Harishwar's court for Sher Singh Rana to take him, A copy of the order was also brought, the authorities of Tihar Jail saw the copy of the court and Sher Singh Rana was expelled from the barracks, ie those fake policemen, ie, Sher Singh Ceded to receive the Shatio who moved it from Rana,
Later, when this incident was revealed, along with the entire Tihar Jail, there was a stir in the entire country,

However, after two years, on May 17, 2006, Rana was arrested again from Kolkata, but in these 2 years, Sher Singh Rana had made history and he had fulfilled the purpose of his life as we know that in India One very brave warrior was Prithvi Raj Chauhan and he was also a Rajput, the last Hindu emperor of Hindustan,
The then Foreign Minister Jaswant Singh went to Afghanistan in the Kandahar aircrafts High-jake case, then at that time he had given information about the demolition of Prithvi Raj Chauhan in Gajini himself by Taliban government officials, Samadhi of Prithvi Raj Chauhan, near the grave of Mohamed Ghori in Afghanistan. was ,
In Afghanistan there was a tradition that those who go to see the grave of Mohammed Gori, they have to insult the samadhi of Prith Raj Raj Chauhan before shoes,
When Jaswant Singh came to India and disclosed this, then the media of the country increased this thing and put it in front of the public. Then what leader and the common man, all of them have tried to strive for the return of the bone lane of Prithviraj Chauhan. Nobody has seen the courage,
But when Sher Singh Rana came to know, he praised Bharat Lane for his Rajput brother and the emperor of India's emperor,
After Farer, Rana first created a fake passport from Ranchi and reached Kolkata, Rana made a visa to Bangladesh, and reached Bangladesh,
In Bangladesh, Rana got admitted in University, University with the help of fake documents and that too she also made a visa to Afghanistan, and then the Lion of India, Sher Singh Rana stepped in Afghanistan, in Kabul and Kandahar in Afghanistan, Rana reached Ghazni, Where the grave of Mohamed Gori and the Samadhi of Prithvi Raj had been built, the Taliban had a threat at every step on that land, thus the Taliban Rana spent a month on the land and searched the grave of Prithvi Raj Chauhan and finally he found that place and that Lion Ranga Rana insulted Prithvi Raj Chauhan with his eyes and also imprisoned him in his camera. Without fear, he took the plan of getting the relics of Prithvi Raj Chauhan's osteoporosis, and finally one day Rana excavated the tomb of Prithvi Raj Chauhan and the remains To bring India out of the tomb,

It took three months to complete this whole incident, Rana made a video of all the events, so that he could prove his point,
Later Sher Singh Rana, with the help of his mother, built a temple of Prithvi Raj Chauhan in Pilkhua in Ghaziabad, where his bones were kept,
Although officially, this fact has not been done till today, but whoever heard this story of Rana was filled with pride,


One day, the investigating agency came to know that there is no Hindi newspaper in Kolkata and due to Akbar's name, Rana came under the arrest of the police, in 2006 Delhi Police arrested him from Kolkata and sent him back to Tihar, where he got the jail diary A book was written from Tihar to Kabul Kandahar,

Who is Sher Singh Rana? The story of Sher Singh Rana, why did Sher Singh Rana kill the dacoit and MP Phoolan?
on May 24, 2019 No comments:
Email ThisBlogThis!Share to TwitterShare to FacebookShare to Pinterest
Newer Posts Older Posts Home
Subscribe to: Posts (Atom)