Hello friends, how do you feel that you should be all right, God will keep you happy,

Let's start with today's article with another interesting subject,

Let us tell you today,

It is said that Lord Rama lived on this earth for more than ten thousand years, but in the end he also had to go through this earth,

It is a matter of one day that in the court of Lord Ram, an old saint arrived in the court of Lord Rama and asked him to meet him alone, Lord Rama, taking the saint's request and request, took him to a separate room and at his door The younger brother Laxman was placed as a watchman and said that if he tried to dissolve the discussion of his and that Saint, he would give him death penalty.

Laxman, following the command of his elder brother, left the two in solitude in the room and began to guard himself outside, that old saint was no one else but Kaldev sent from Vishnu people who sent Lord Rama to tell him It was said that his life on earth has been completed and now he will have to return to his dharma,

At the gate of Akhenak, Rishi came to Durvas, he requested Lakshman to go inside the room to meet Lord Rama, but Lakshman refused to do so by following the order of Shri Ram. For which he was always known,

Even after refusing the Laxman, Rishi Durvas did not withdraw from his talk and in the end warned Laxman and Shree Ram to curse which Lakshman was worried as he could not understand that he cursed his brother, Shri Ram Avoid getting or following their commands,

In the end, Laxman decided that he would go inside himself, while he knew that according to Shri Ram, he would have to die, so that he went ahead and went inside the room,

Seeing Laxman growing up in the discussion, Shri Ram also went to Dharam Crisis and asked Lakshman, what was the work or what was it that you had to break through my order, then when Laxman told him the whole story, then Ram also dilemma Lord Rama, who had gone to see him in the dilemma, explained to him that Rishi Vashishth explained to him that you should let Lakshman get his country out of death, because he took his country U is equal to

Then Lord Ram gave away his brother Lakshman to the country; Laxman came away from Asu and immediately joined the side of the river Saryu and folded his hand and restrained his entire senses by stopping his coconut, seeing that all the gods show flowers on them, and Devraj Indra takes them along with their body and goes to heaven,

After Lord Laxman left the earth, Lord Ram decided to give up the people of death, knowing this decision of Lord Shri Ram, all the apes and Vibhishans, including the Sugriva, also came to Ayodhya, 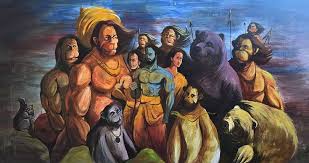 After this, all the monkeys with Lord Ram, Bharat Satguna, decide to leave this folk,

Then Lord Shree Ram refused to leave five people, including Jammant, Hanuman, Vibhishan, and all the monkeys and Ayodhya Vasasi entered the Sarayu river with Lord Shri Ram and merged in the river of Saryu, 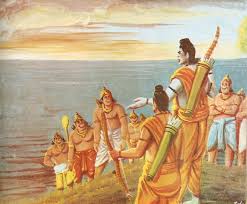 So friends were the mysteries of Lord Rama's death which many people do not know.

What kind of information do you like, we can tell you, meet you in the next post ......
on May 15, 2019
Email ThisBlogThis!Share to TwitterShare to FacebookShare to Pinterest 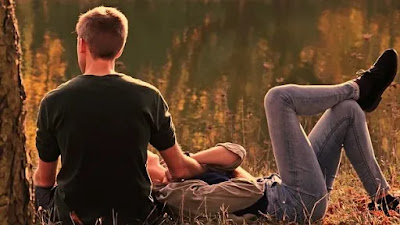