How did Pandavas die? Why did Draupadi get the first mortality? What was the dog who went to the dog with the Utd?

Know what was the cause of Draupadi's death first

Things have happened at the time when Pandavas travel to the entire Himalaya Mountains while traveling to India to get salvation after the whole of India, there they found a way to go to heaven.

During this road, Draupadi was the first to die, and after that, Pandavas were killed one by one, while the Yudhisthira alone was a Pandava who was allowed to go to heaven along with his body,

Now the question arises why only the solitary man alone got permission to go to heaven and why Droopy was the first to die?

The matter is of the time when it was decided that after considering Mahadev Vedavya and abandoning the palace and leaving the palace decided to go away, the warrior summoned Yuiqshu and handed him the burden of the entire kingdom and coronation of the test,

As soon as Pandavas started walking from there, a dog started walking with them, many pilgrims, rivers, and the Pandavas coming forward to the sea, all the Pandavs went forward to the Red Sea, Arjun did not give up his bow and the renewable tendency of greed, Then Agni Dev should be present there and he asked Arjuna to renounce Ganeshv Dhanush and Akshay Tekkha, Arjuna did the same thing Pandavo wanted to fulfill the earth. When you travel north and visit received from the Phoc the Pandavas Himalayas,

After the Himalayas, Pandavas were ahead of them, they saw a sea of ​​sand, after which they saw the Mount Meru

Pancho Droopadi and the dog started walking fast, only when Droopadi fell down and fell, seeing Droopadi, Bhima asked the jurist, Drooddie never committed any sin, then what is the reason that he fell down, the warrior said Draupadi used to love Arjuna in all of us; That is why this happened to him, by saying this, he went ahead without seeing the Dudhpadi,

After a while, Sahdev also fell and died, then the Yudhisthara told Sahdev the reason of falling as he did not understand anybody like him, due to this fault he had to fall and he died.

Some were far away, even when the nakul also fell on the Bhim's request, the Yudhisthira told that Nakula did not consider anybody like Sundar, he was very proud of his sleep, therefore he died,

After a while, Arjuna fell and died. The war veteran told that Arjun was proud of his nature, Arjun said that in one day he would destroy the sadhu but he could not do it due to his pride This condition of Arjuna took place and he died,

It was a little too big that even Bhima fell, then the Yudhisthira told Bhima that he used to eat a lot and used to perform his false show and pretense, hence he had to fall on the ground today and Bhima also died when he heard it,

By saying this, the jurist went on walking with them. The warrior walked away with only that Devraj and took his chariot to bring himself to the Yudist. The warrior said that my brother and Draupadi should also make such arrangements with us, then Inder All those who have already left the body and have reached Paradise, they have left the body but you will go to heaven with the body,

After listening to Inder, this dog is my ultimate devotee, so please order me to go to heaven but Inder refused to do this, it was too late, but if the unidentified dog does not accept the dog to go to heaven, then hide it as a dog. The Yamraj came in its real form, that dog was actually Yamraj.

Yumraj was very excited after seeing the stationary in his Dharam, after which Devraj took the warrior in his chariot and took him to heaven,

He went to heaven and saw that Duryodhana is already sitting on a divine throne and there is no other person seeing this. The Yudhisthira told Deities that in the people I went to visit, my brother and Draupadi also wanted me better people. Then the Gods said to them that if you have such a desire, then go with this angel, this angel will bring you to your brothers /

The angel took the instrument on a path which was very bad. There was a terrible burning on the path. There were smells from all sides. The murals were seen there. The terrible birds and ghee were roaming there. Asked how far we should walk on this path and how his brother said,

The angel says that the god said that when you get tired you should get it back. If you are tired, then go back, the warrior decides to do the same /

When the UDRS returned, they heard the sound of the miserable people. They were asking for the intermediary to wait for some time from the UD, and if they asked him about them, they said that they are Karna Bhima Arjuna Nakula Sahadev and Draupadi.

Then the yudist asked the angel that you should return to the gods, if my brothers get pleasure from staying here, then I will remain in this place in the place /

The angel told Devaraj Inder, he used to spend some time on the breast, that all the Gods came there, even after getting the Gods, there was a light on the path that started flowing in the air, Devraj told the warrior. Speaking of Ashwathama's death, you had given Dronacharya the death of his son by deceiving, because of this you also have to resort to deceit, you have to make a hell of a while. Student's there to your brothers already have access to this form It has reached only this way, the Yudhistra is very excited to see his brothers and Draupadi there.

Friends, this is the story which is popular about the Pandavas' arrival and death.
on May 15, 2019
Email ThisBlogThis!Share to TwitterShare to FacebookShare to Pinterest 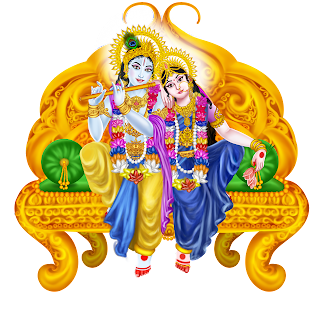