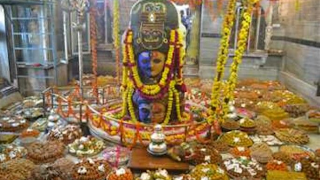 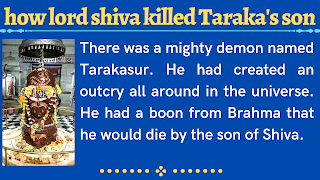 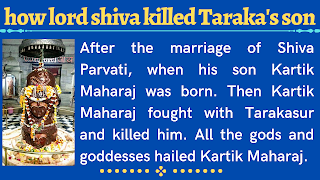 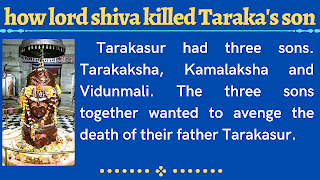 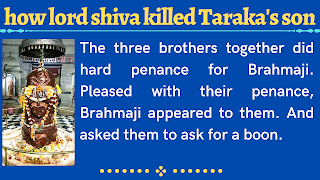 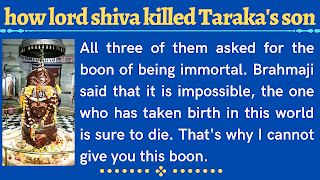 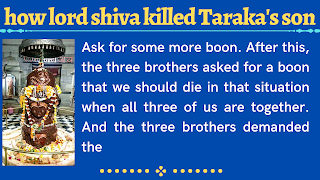 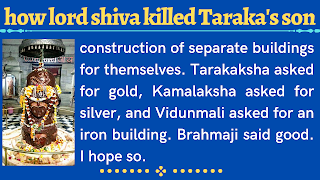 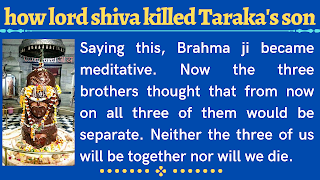 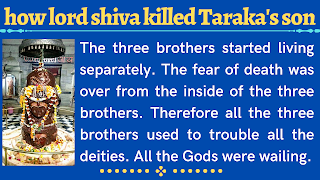 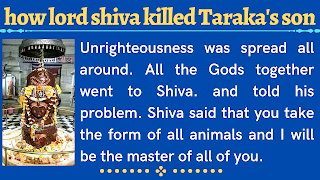 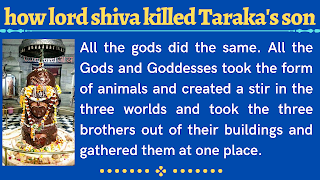 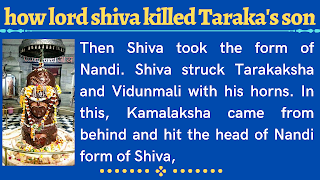 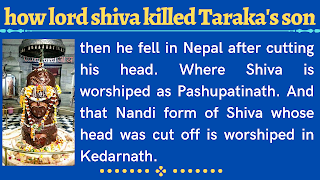 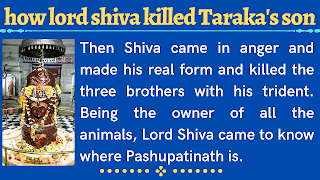 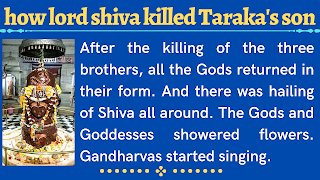 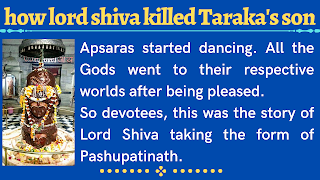 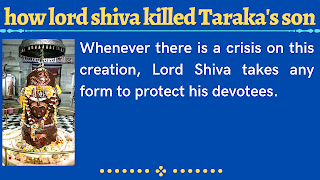 There was a mighty demon named Taraka sur. He had created an outcry all around in the universe. He had a boon from Brahma that he would die by the son of Shiva. After the marriage of Shiva Parvati, when his son Kartik Maharaj was born. Then Kartik Maharaj fought with Taraka sur and killed him. All the gods and goddesses hailed Kartik Maharaj. Taraka sur had three sons. Tarakaksha, Kamalaksha and Vidunmali. The three sons together wanted to avenge the death of their father Tarakasur. The three brothers together did hard penance for Brahmaji. Pleased with his penance, Brahmaji appeared to him. And asked him to ask for a boon. All three of them asked for the boon of being immortal. Brahmaji said that it is impossible, the one who has taken birth in this world is sure to die. That's why I cannot give you this boon. Ask for some more boon. After this, the three brothers asked for a boon that we should die in that situation when all three of us are together. And the three brothers demanded the construction of separate buildings for themselves. Tarakaksha asked for gold, Kamalaksha asked for silver, and Vidunmali asked for an iron building. Brahmaji said good. I hope so. Saying this, Brahma ji became meditative. Now the three brothers thought that from now on all three of them would be separate. Neither the three of us will be together nor will we die. The three brothers started living separately. The fear of death was over from the inside of the three brothers. Therefore all the three brothers used to trouble all the deities. All the Gods were wailing. Unrighteousness was spread all around. All the Gods together went to Shiva. and told his problem. Shiva said that you take the form of all animals and I will be the master of all of you. All the gods did the same. All the Gods and Goddesses took the form of animals and created a stir in the three worlds and took the three brothers out of their buildings and gathered them at one place. Then Shiva took the form of Nandi. Shiva struck Tarakaksha and Vidunmali with his horns. In this, Kamalaksha came from behind and hit the head of Nandi form of Shiva, then he fell in Nepal after cutting his head. Where Shiva is worshiped as Pashupatinath. And that Nandi form of Shiva whose head was cut off is worshiped in Kedarnath. Then Shiva came in anger and made his real form and killed the three brothers with his trident. Being the owner of all the animals, Lord Shiva came to know where Pashupatinath is. After the killing of the three brothers, all the Gods returned in their form. And there was hailing of Shiva all around. The Gods and Goddesses showered flowers. Gandharvas started singing. Apsaras started dancing. All the Gods went to their respective worlds after being pleased.

So devotees, this was the story of Lord Shiva taking the form of Pashupatinath. Whenever there is a crisis on this creation, Lord Shiva takes any form to protect his devotees.

where is pashupatinath temple,

about pashupatinath temple in nepali,

how to reach pashupatinath temple, 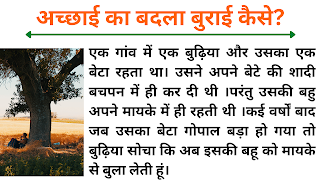