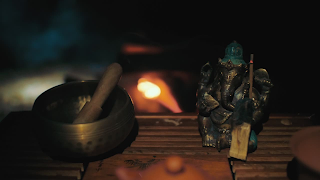 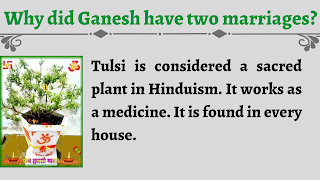 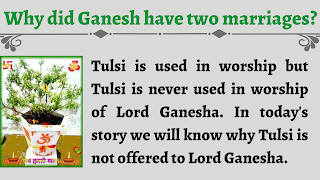 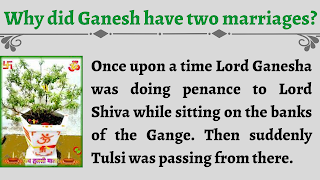 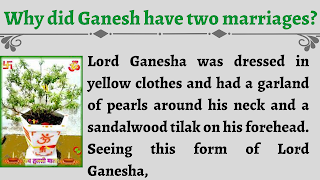 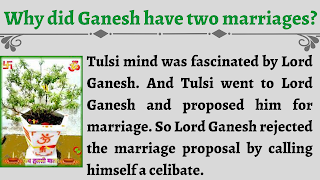 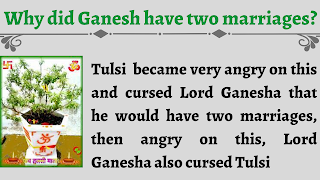 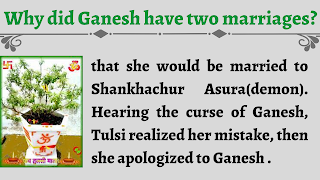 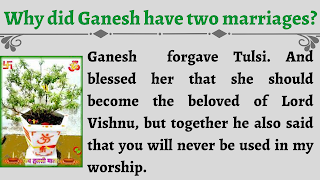 Once upon a time Lord Ganesha was doing penance to Lord Shiva while sitting on the banks of the Gange. Then suddenly Tulsi was passing from there. Lord Ganesha was dressed in yellow clothes and had a garland of pearls around his neck and a sandalwood tilak on his forehead. Seeing this form of Lord Ganesha, Tulsi mind was fascinated by Lord Ganesh. And Tulsi went to Lord Ganesh and proposed him for marriage. So Lord Ganesh rejected the marriage proposal by calling himself a celibate. Tulsi  became very angry on this and cursed Lord Ganesha that he would have two marriages, then angry on this, Lord Ganesha also cursed Tulsi that he would be married to Shankhachur Asura(demon). Hearing the curse of Ganesh, Tulsi realized her mistake, then she apologized to Ganesh . Ganesh  forgave Tulsi. And blessed him that he should become the beloved of Lord Vishnu, but together he also said that you will never be used in my worship.