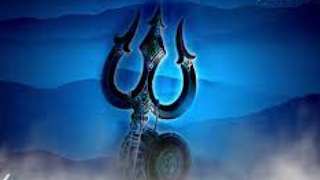 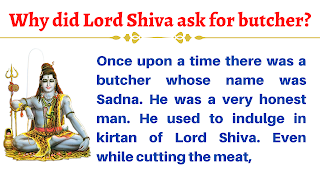 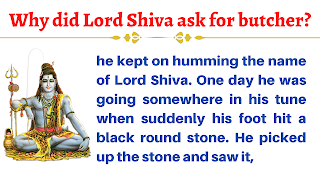 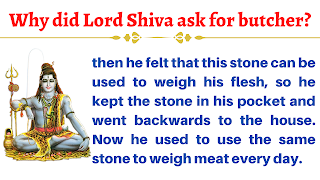 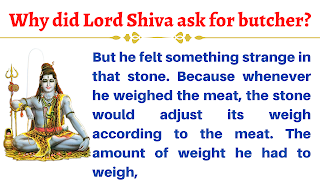 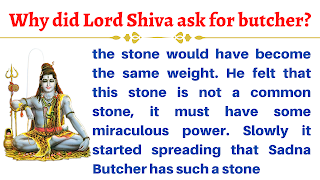 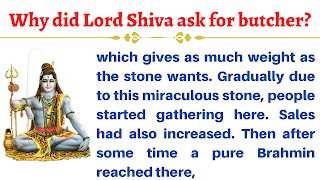 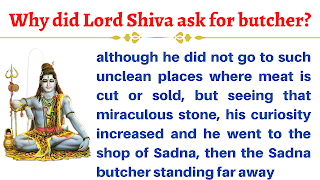 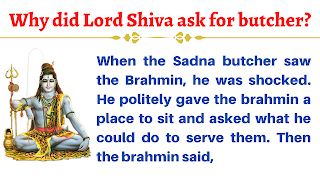 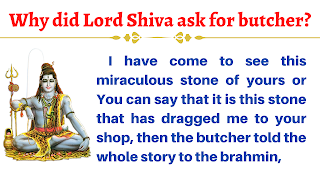 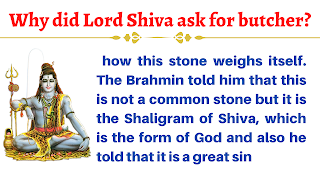 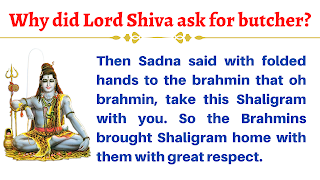 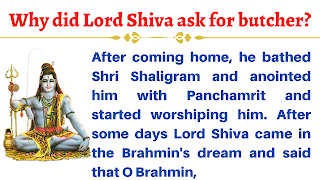 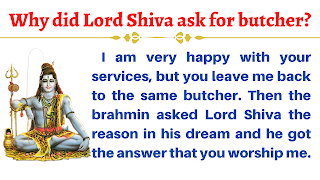 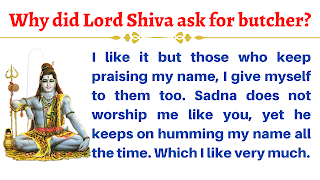 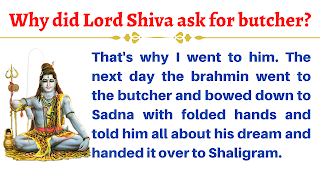 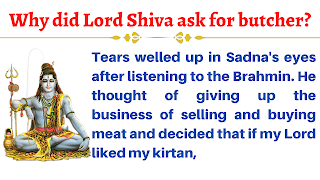 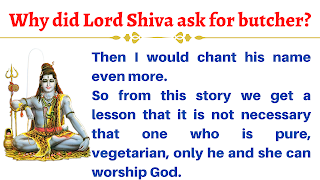 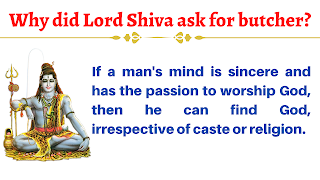 Once upon a time there was a butcher whose name was Sadna. He was a very honest man. He used to indulge in kirtan of Lord Shiva. Even while cutting the meat, he kept on humming the name of Lord Shiva. One day he was going somewhere in his tune when suddenly his foot hit a black round stone. He picked up the stone and saw it, then he felt that this stone can be used to weight his flesh, so he kept the stone in his pocket and went back towards the house.

Now he used to use the same stone to weigh meat every day. But he felt something strange in that stone. Because whenever he weighed the meat, the stone would adjust its weigh according to the meat. The amount of weight he had to weigh, the stone would have become the same weight. He felt that this stone is not a common stone, it must have some miraculous power. Slowly it started spreading that Sadna Butcher has such a stone which gives as much weight as the stone wants. Gradually due to this miraculous stone, people started gathering here. Sales had also increased. Then after some time a pure Brahmin reached there, although he did not go to such unclean places where meat is cut or sold, but seeing that miraculous stone, his curiosity increased and he went to the shop of Sadna, then the Sadna butcher standing far away When the Sadana butcher saw the Brahmin, he was shocked. He politely gave the brahmin a place to sit and asked what he could do to serve them. Then the brahmin said, I have come to see this miraculous stone of yours. You can say that it is this stone that has dragged me to your shop, then the butcher told the whole thing to the brahmin, how this stone weighs itself. The Brahmin told him that this is not a common stone but it is the Shaligram of Shiva, which is the form of God and also he told that it is a great sin to keep the Lord in the middle of the flesh in this way. When the brahmin spoke this, Sadna felt that he had committed a great sin knowingly and unknowingly. Then Sadna said with folded hands to the brahmin that oh brahmin, take this Shaligram with you. So the Brahmins brought Shaligram home with them with great respect. After coming home, he bathed Shri Shaligram and anointed him with Panchamrit and started worshiping him.

After some days Lord Shiva came in the Brahmin's dream and said that O Brahmin, I am very happy with your services, but you leave me back to the same butcher. Then the brahmin asked Lord Shiva the reason in his dream and he got the answer that you worship me. I like it but those who keep praising my name, I give myself to them too. Sadna does not worship me like you, yet he keeps on humming my name all the time. Which I like very much. That's why I went to him. The next day the brahmin went to the butcher and bowed down to Sadna with folded hands and told him all about his dream and handed it over to Shaligram. Tears welled up in Sadna's eyes after listening to the Brahmin. In his mind, he thought of giving up the business of selling and buying meat and decided that if my Lord liked my kirtan, then I would chant his name even more.

So from this story we get a lesson that it is not necessary that one who is pure, vegetarian, only he and she can worship God. If a man's mind is sincere and has the passion to worship God, then he can find God, irrespective of caste or religion.